To celebrate National 4-H Week, members of the Successful Farming team are sharing their favorite memories of being in 4-H.

I was in 4-H for nine years. My most favorite memories include going to the Iowa State Fair with our “Share the Fun” skit and showing steers and heifers at various cattle shows throughout the years.

My least favorite memory is doing the record books. I’m sure I’m not alone in that one!

The photo above is me with my Charolais calf somewhere back in the 1970s. My very first two calves were a Charolais named Mindy and a Hereford named Taffy. Taffy was so short and fat, and she let me sit on her.

My favorite memory has to be 4-H camp! It was always so much fun!

I also have great memories at the Iowa State Fair. I took a Working Exhibit to State all eight years. It was always so great to meet people and work with them on our project. It was a prime opportunity to be creative and I definitely grew many skills such as organization, planning, communication, and problem solving. We always tried to challenge ourselves to think past a craft or food item and think more toward education with a side of fun.

My first one was creating frozen yogurt in a bag with the ice and rock salt. It was a healthy alternative for summer ice cream. I remember the judge and staff having to cut off the line because I only had 25 minutes to present and I had people wanting more.

The most memorable project we did was a group effort with my sister and our neighbor. It was all about the American flag. We had different activities and lots of ways to learn about the flag. We even dressed up in Old Navy flag shirts for the presentation.

Participating in 4-H taught me a lot about how service to my community has a ripple effect – from club to community, to country, to world.

Here I am with one of my projects, a 3-D drawing of a maze of pipes. 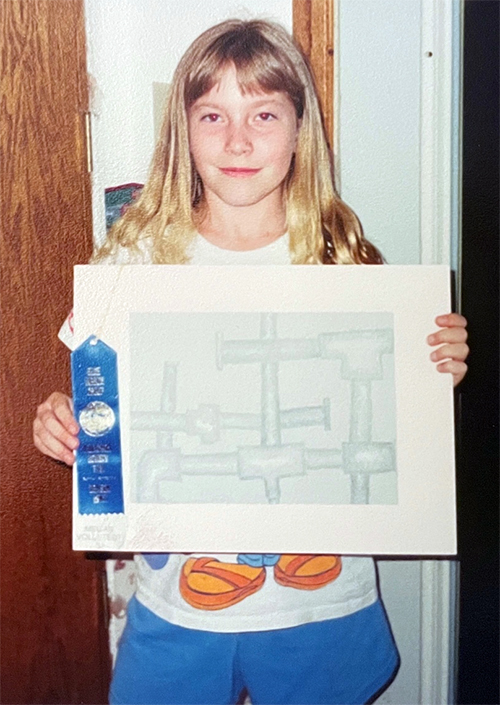 When I was in college, I had to take geology as part of my agronomy major at South Dakota State University. It was taught by an old soil science professor, Everett White. Dr. White was one of those profs I swear who was born 60 years old! Mean, ornery, abrasive—and those were the adjectives he used to describe himself! I found out after I graduated that was all a front and he was really a nice and funny guy out of class.

When I was in 4-H, I had a rocks/minerals project where you had to exhibit rocks and minerals and identify them. I collected them mainly from walking around the gravel road that went by our farm. That knowledge of rocks and minerals gave me quite an edge in Everett White’s geology class. He had a rock/mineral chart that you had to memorize if you were going to get through his class. Thanks to 4-H, it was a breeze.

My 4-H leader was an area farmer by the name of Dale Quist. I kept up my friendship with him longer after my 4-H days and would often stop by and visit him and hunt deer on his land. I don’t know if he was a second father to me, but he sure was a great male role model. When he passed away, I thought of that Bible verse along the lines of “Well, done, thou good and faithful servant.” He was a great man and someone I will always remember. 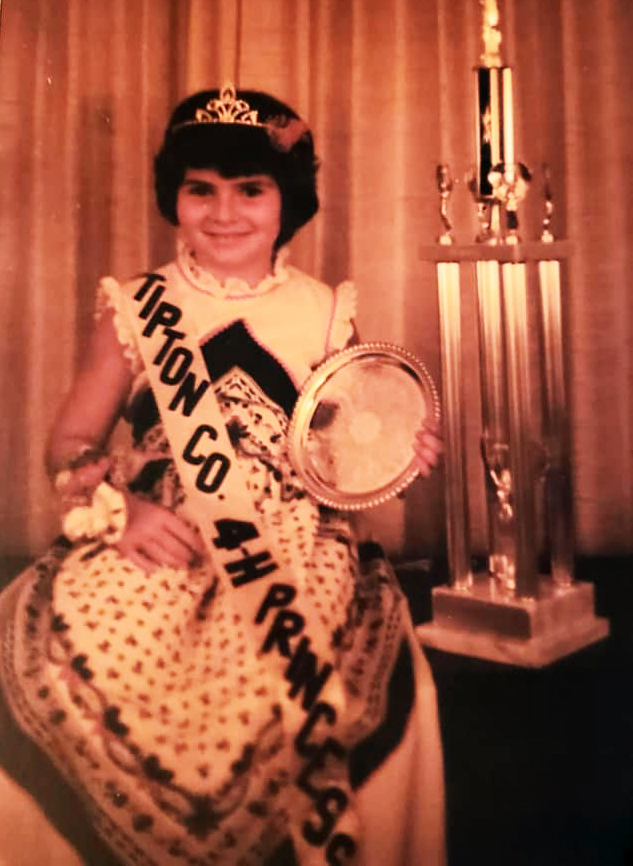 I started with 4-H at the age of 8 (you were allowed to enter that early in those days), continuing a proud tradition in the family, as my sister and four brothers were all in 4-H.

I showed cattle (my father’s cattle out of the feedlot ... not club calves like kids show today) and hogs and I participated in public speaking and demonstrations. One year my family brought a total of 25 cattle to the county fair and six cattle to the state fair.

One lesson I learned in 4-H was to never allow a stubborn steer to prevent you from teaching it to lead with a halter, even if that meant being drug across the feedlot, repeatedly, for days on end.

I made this carrier for screws and other fasteners out of small metal coffee cans (but plastic cans would work, too). They are attached to... read more