Skip to main content
PAID CONTENT
This content was produced by The Foundry @ Meredith Corp. Agriculture editorial staff was not involved in its creation or production.

Are Nematodes Robbing Your Fields?

Nematodes are silent killers in a farmer’s field, causing damage that can’t always be seen and robbing yield along the way. When trying to combat these difficult pests, farmers need solutions that offer impactful results.

“Damage to plants occur when nematodes feed on roots, which can heavily impact plant growth. Unfortunately, this doesn’t always develop aboveground symptoms,” says Jim Schwartz, director of PFR and Agronomy for Beck’s Hybrids. “Even if above-ground symptoms do occur because of significant infestation, they are often sporadic and imitate other production related issues, like drought stress or fertility deficiency. Controlling nematode populations early can greatly diminish the potential for yield loss.”

Prevalent in both corn and soybeans, there are many types of nematode species. Ectoparasite species exist in the soil and may move around and “graze” on roots. They spend most of their lives feeding inside the roots. Different species are more popular in different soil types. For instance, ectoparasitic species are more common in sandier soils. No matter the species, all nematodes can lead to moisture and nutrient uptake restrictions and lead to yield-robbing diseases, like root rot.

Each year, nematodes are responsible for more than $3 billion loss due to crop damage*. While many nematode species feed on both corn and soybeans, soybean-specific species do not typically feed on other plant types. Soybean cyst nematode (SCN) infestations can cut yields as much as 30 percent and not only cause stunting, yellowing, early death, reduced nodulation and lower yields, but can also serve as an entry point for other diseases. SCN is the number one cause of yield loss in soybeans and is prevalent in majority of the soybean acres in the United States.

Schwartz says the most critical time to control nematodes is in the first 30-45 days after the seed goes in the ground. NEMASECT ™ – a new nematicide from Beck’s Hybrids that comes standard as part of Beck’s Escalate® seed treatment on corn and soybeans – controls nematodes within 24 to 48 hours, and impacts both egg and juvenile nematode populations for up to 60 days. But it doesn’t stop there. With its multiple modes of action, it also acts as a powerful insecticide and has activity on many soil-dwelling insects.

Management practices like crop rotation, eliminating winter annual weed species, planting resistant varieties, planting early, minimizing growth stresses, and using seed treatments can all aid farmers in the fight against nematodes. Farmers should take advantage of the tools at their disposal to control damaging nematodes and protect yields, especially when one offers the effectiveness of NEMASECT .

The best part? It comes at no additional charge, so it’s putting even more money back into farmers’ pockets. Farmers can be confident their crops have an added defense against nematodes and insects, and can look forward to additional yield protection. 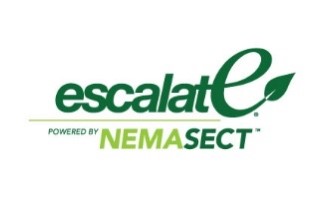 Beck’s is an industry leader in providing the corn, soybean, wheat, elite alfalfa, small seeds and other tools farmers need to succeed. NEMASECT™ and Escalate® are trademarks of Beck’s Superior Hybrids, Inc. BecksHybrids.com/Escalate