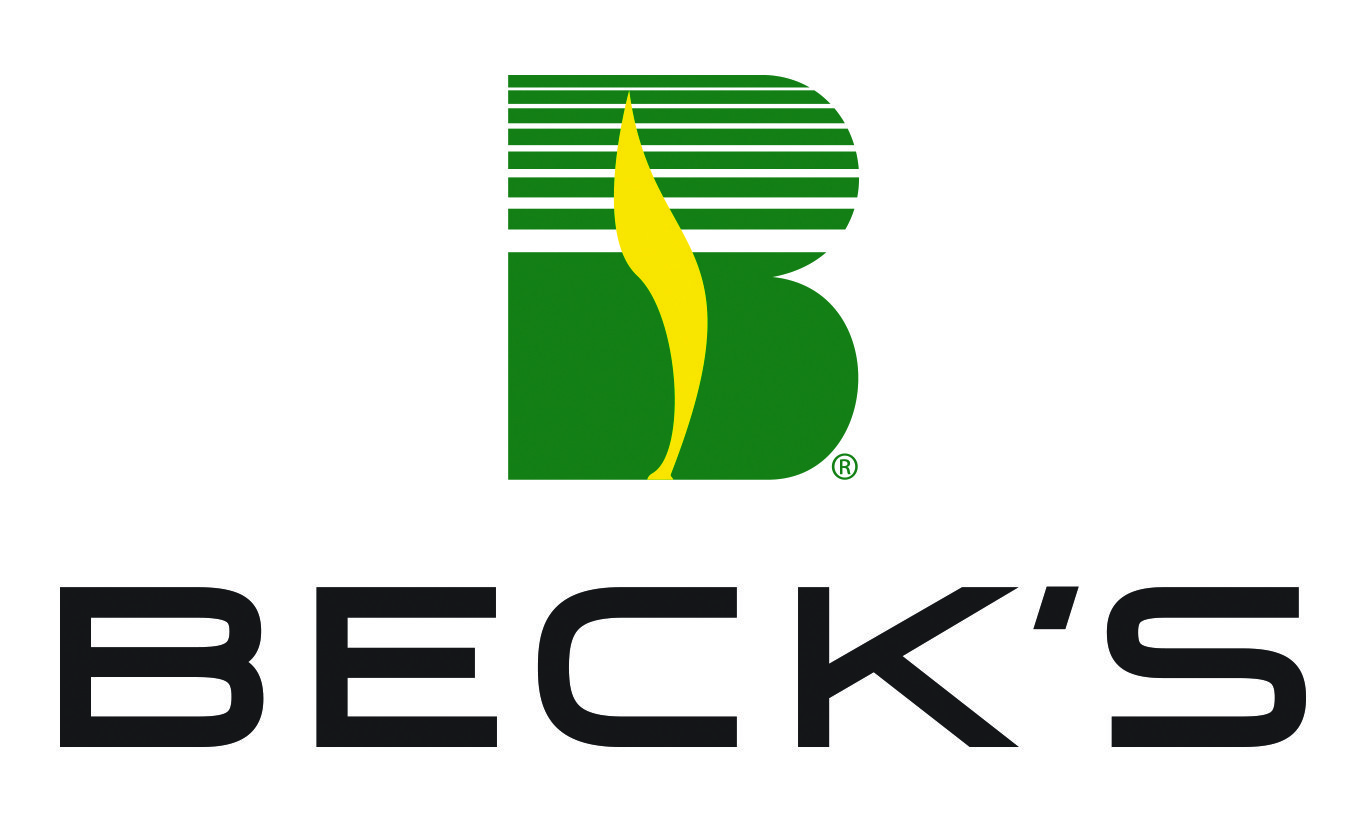 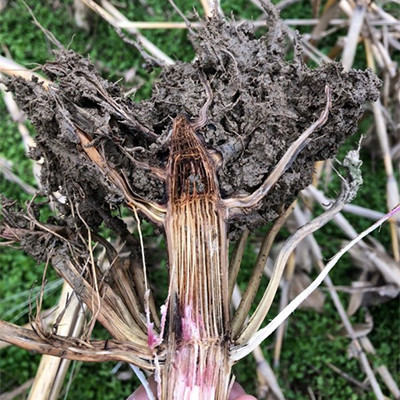 The seemingly never-ending rains and flooding this season have provided farmers with a host of challenges. The excessive moisture has led to many issues that are obvious and easily detected – compaction, nitrogen (N) deficiency, foliar diseases, and weed problems to name a few. However, one potential lurking issue may be just at your feet or, more specifically, just below the soil surface.

Saturated conditions during the early vegetative growth stages has led to the development of some crown rots in corn. Crown rot infections are caused by both fusarium and pythium species. These fungi enter the plant via the root system during periods of prolonged wetness, predominately between the V2 and V7 growth stages. Because these fungi persist in higher moisture environments, infections are more prevalent in wetter soils, tighter clay soil textures, higher magnesium soils, and ponded areas of fields. While these infections occur early in corn development, they can persist much longer, and the visual signs are not as easily detectable until late into the grain fill period.

The crown of a healthy corn plant will be a white-green color with a firm flesh. A fusarium or pythium infected plant will have a crown that is tan or brown in color. See figure 1 below. The crown area serves as the highway in which moisture and nutrients extracted by the root system can then be mobilized into the stalk. Often, after initial infection, the plant continues to grow and develop due to the generation of new nodal and brace roots that continue to provide access to additional sources of moisture and nutrients. However, as the infection continues to develop and as the plant becomes more stressed due to the remobilization of nutrients during grain fill, the corn plant experiences premature death (PMD). 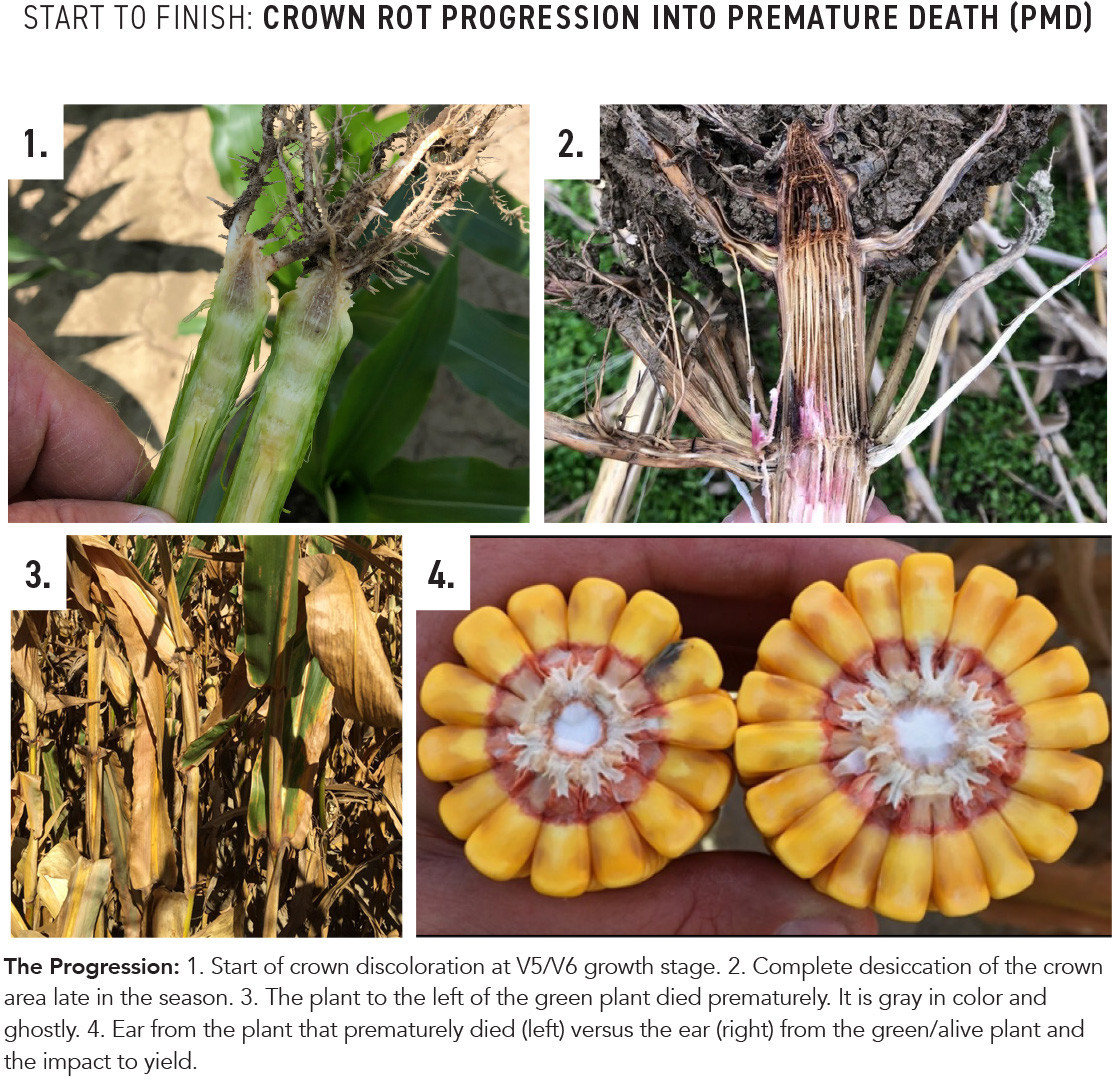 In addition to the infection, late-planted corn will be under compounding stress this year because the daylength during the grain fill period will be shorter in September. Premature death of corn plants will impact yield as it results in smaller ears and lower test weights. It can also lead to stalk lodging or breakage at or just above the soil level (crown region).

While fungicides do protect against fusarium and pythium species, the treatments typically do not last long enough to protect corn from these crown rot diseases. Although some hybrids are more susceptible than others, it’s important to note that currently there are no hybrids that are completely resistant to these fungal pathogens.

For some, it may be too late to take the necessary management steps to avoid the impact of PMD this year. For others, post-tassel fungicide applications are still an option.

It comes as no surprise that a delayed planting season typically translates into a later harvest season as well. This will be a season many will likely never forget, but we encourage you to go out and make observations now so you can take the necessary steps to avoid prolonging the coming harvest season.